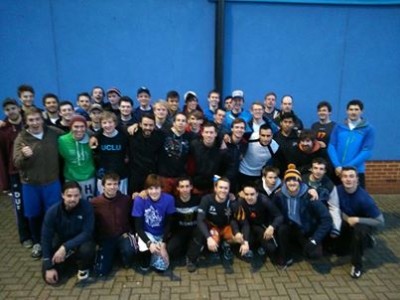 The 2014 captain Richard ‘Pringle’ Taylor addressed all the trialists, gave a basic rundown of what the …

Can you run as fast as The Flash? Can you leap tall buildings in a single bound?
Can you throw a Hammer like Thor?

Then Ka-Pow! Ultimate may be the club for you.

Ka-Pow! finished 2013 ranked 17th in Europe and were Spirit winners at both UKU
Nationals and xEUCF. In 2014 we aim to …

Four returning players were charged with evaluation of the participants.